In addition, we teach a special breathing technique, “Heliotropic Breathing”, which can on the one hand intensify the neuropsycholitic effects through release of endogenous DMTs and is on the other hand applicable independent of any external stimulation. Heliotropic Breathing is easily combined with hypnagogic light experience

Heliotropic breathing indicates a two phase breathing-technique that is based on deep breathing alternating with phases of holding the breath in (similar to the Cheyennes-Stokes breathing at near death).

Dr. Engelbert Winkler developed this technique. It is the practical result of his research in the area of the correlations between light, breathing and consciousness. The heliotropic breathing offers the possibility to create self guided portals in order to enter into the underlying structures of ones own consciousness.

Heliotropic breathing is hereby suited, to bring about an extraordinary strong meditative state of consciousness, which implies, because of the intensity of the experience as well as the related long-term effects, an involvement of the pineal gland’s produced DMT (Dimethyltryptamin).

It is known for a long time, that the alternation between deep breathing and holding the breath enables a direct, therapeutic and relevant influence on body and spirit. Amongst others, this technique was successfully implemented into the treatment of severe illnesses by the Japanese physician Nobuo Shioya. Nobuo Shioya himself noted a correlation between his old age (he reached the age of 105, by full health and bodily fitness) and this particular breathing technique.

Current studies substantiate that psychedelic states of consciousness are achieving impressive results, even with until now untreatable illnesses, which is why the WHO (for example in connection with severe or chronic depression), is talking about a revolution in psychiatry (“Heilender Rausch”, Welt am Sonntag February 2nd, 2015).

Whether the aim is to enjoy the beauty or an adventure of the meditative experience,  in the sense of a meditative scuttling, to travel upon the source of consciousness in the ‘Eternal Now’, the intention is left to the Psychonaut.

The workshop for experienced Psychonauts conveys significant contents for the application of heliotropic breathing and offers an intense self-awareness to open a portal.
​​
Heliotropic Breathing: the continuously available Portal Because LSD was no longer available due to its prohibition, Stan Grof, one of the founding fathers of modern psycholysis (LSD-psychotherapy, topography of the unconscious), developed the technique of Holotropic Breathing (intensive breathing without a pause between in- and exhale) to induce an altered state of consciousness. Of course, it is already widely known that a change in one’s breathing leads to a change in consciousness. The corresponding techniques are numerous. Through our work we realized right away that the psychedelic effect of Holotropic Breathing could be markedly increased through light or breath control (varies based on in- and exhalation). This led to the development of the Heliotropic Breathing, which uses intensive breathing directed at light from a constant and very bright source (ideally, the Sun) through closed eyes, combined with controlled breathing, in order to create an altered state of consciousness in clients in the sense of a portal to the unconscious, which is then accessible at any time. In this way, clients are enabled to facilitate their own breath therapy in order to integrate the neuropsycholitic process into their daily lives according to their needs, and continue as desired. Because the essence of neuropsycholysis consists of having the psychedelic experience or in the individual research of the associated consequences for the individual and worldviews and thus for experience and behavior, the technique will be shared with all who are interested in the techniques of heliotropic breathing (and practiced with them).  ​ 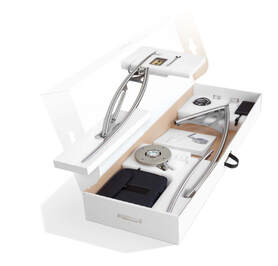